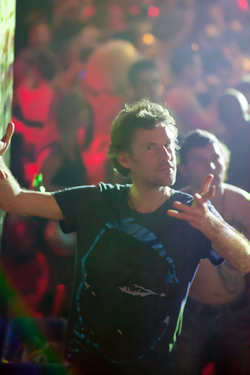 This October sees a collection of shows celebrating the magic of story. If you've ever been swept up in the moment in the darkness by a campfire or had your mind blown at a candlelit dinner table - you know what we're talking about.

This 10-day festival includes feature storytelling shows, workshops and showcases from stars of the comedy, music and art world. There will be performances from renowned New York storyteller Martin Dockery - seven times finalist in The Moth's Grandslam Storytelling Championship, a feature show from cult comedy collective - Storytellers' Club, a night of dangerous improvised tale-telling, Hannah Gadsby is Wrong and Broken the coming-out story from the award-winning stand up comic, an opportunity for you to tell your own story at a whirlwind Story Slam, and an evening celebrating musical stories, with appearances from heroes of the indie folk scene.

Featured artists include: Sarah Kendall, Isy Suttie, Gavin Osborn, Martin Dockery, Deborah Frances-White, Sarah Bennetto, Hannah Gadsby and Emmy The Great & Summer Camp's Elizabeth Sankey, as their Sweet Valley High comedy alter-egos, Jessica & Elizabeth Wakefield. Many more raconteurs are being added over the summer, so keep your eyes on Twitter and our website for updates on our exciting programme of events.

This autumn, humanity's oldest art form gets a well-deserved party in its honour. And the location of this wondrous shindig: London's beautiful Leicester Square Theatre. Come see some of the most magical storytellers from this land and beyond. You won't forget it.